_The Cable Companies Don’t Want You to See This Information – They Can’t Stop You Now. 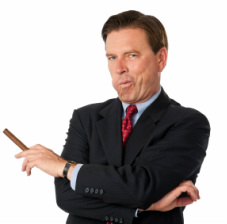 CNN Money tells us that the average American spends $80 a month on cable with many people spending over $100. That adds up to $960-$1200 a year! Because you’re on this website tells me you are not the average American. You are tired of throwing your money away, and are looking to join the group of millions of “cord-cutters” all over the country that have found a much cheaper way to enjoy great TV without shelling out copious amounts of money to the cable companies.


They say that necessity is the mother of invention. Times are tough, which has lead to a whole slew of inexpensive options that allow you to ditch the cable bill by utilizing a TV antenna installation to watch all of your favorite programs…in high definition no less. This isn’t your grandmother’s television shows or rickety antenna either. You get live sports, movies, news, dramas, and more all for free and in HD. If you think you’ll have to go without all of your favorite shows by losing cable…think again. Neilsen reports that over 80% of what people watch is available over free broadcast television.

But it gets even better. We've researched and discovered some great add-ons (that works perfect with your TV antenna) that you can buy to enhance your television viewing experience without becoming a slave to a monthly bill. For example, The Channel Master TV (below) is an OTA (over-the-air) DVR that also displays a channel guide telling you what’s on and when. But unlike TiVo and your cable company – it does not require a monthly subscription. How does Channel Master do it? They utilize the free programming information that’s already on the airwaves and combine it into a TV guide that looks and acts just like your cable channel guide.


We think this is an excellent choice for those "cutting the cord" but still want the convenience of on-screen menus!

The Channel Master also supports the streaming service Vudu for on-demand shows and movies. The Channel Master TV comes equipped with a 320GD hard drive that can record up to 35 hours of HD programming. It also has two USB ports allowing you to play digital media files from your electronic devices. The price for the Channel Master is $399 and is available at major retailers like Amazon and Crutchfield. $399 may sound like a lot of money, but remember it’s a one-time investment. It’s like pre-paying your $100 cable bill for four months then never having to pay for it again. Where do I sign up?


Let’s take a look at some other great add-ons available on the market right now: 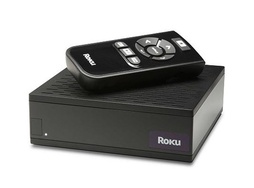 The Roku was initially developed to support Netflix streaming, but has evolved into a device that not only allows Netflix, but also offers over 500 channels including Amazon Instant Video, FOX News, NBA TV, HBO GO, Disney, and more. It also has music and games you can play right on your television like Pandora, and everyone’s favorite game Angry Birds. The Roku starts at just $59.99 and fits in the palm of your hand for a neat and tidy look without all the bulky equipment. 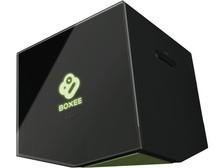 The Boxee Box might sound cutesy, but it offers robust programming such as Netflix, Vudu, MLB TV and more. The real benefit of Boxee is that it scours the internet for your favorite shows and movies and puts them on your television for no monthly fee. It comes with a free QWERTY keyboard allowing you to search for your favorite shows and movies. Boxee then hits the internet, finds what you want, and brings it back to you to watch. Boxee also comes with a full App library including Facebook, Flickr, and Pandora.

Apple TV is great for people who get a lot of their movies and shows from the iTunes store. But it’s not just limited to iTunes; Apple TV also gives you access to Netflix, MLB.TV, Game Center, and NBA TV all for just $99. Apple TV works great for iPhone and iPad owners who can download the free Apple Remote App to quickly browse through the iTunes store and Netflix.

The Sony PlayStation 3 is much more than just a gaming console. It’s really a full entertainment and media solution that supports Netflix, Hulu Plus, ESPN, Vudu, and its own PlayStation video store. It’s also one of the best Blu-ray DVD players on the market. Plus, it runs extremely fast compared to other streaming services.

Don't Be Afraid! You Do Have Choices Out There.

As you can see, there’s more than one way to cut yourself free from the cable and satellite companies. These solutions are here to stay and the cable companies know it. The technology that’s available has broken the decades’ long monopoly the cable companies have had. These devices are the wave of the future, and content providers are realizing it. Plus, the cable companies continue to raise prices every year causing more and more customers to seek out entertainment alternatives.


Let’s look at the evidence:


It’s clear that using a TV antenna supplemented with one of these add-ons mentioned above is the way the market is moving. The people have spoken and TV technology has delivered. The future is now. There has never been a better time to stop paying outrageous cable bills without sacrificing the entertainment options you and your family love to enjoy.